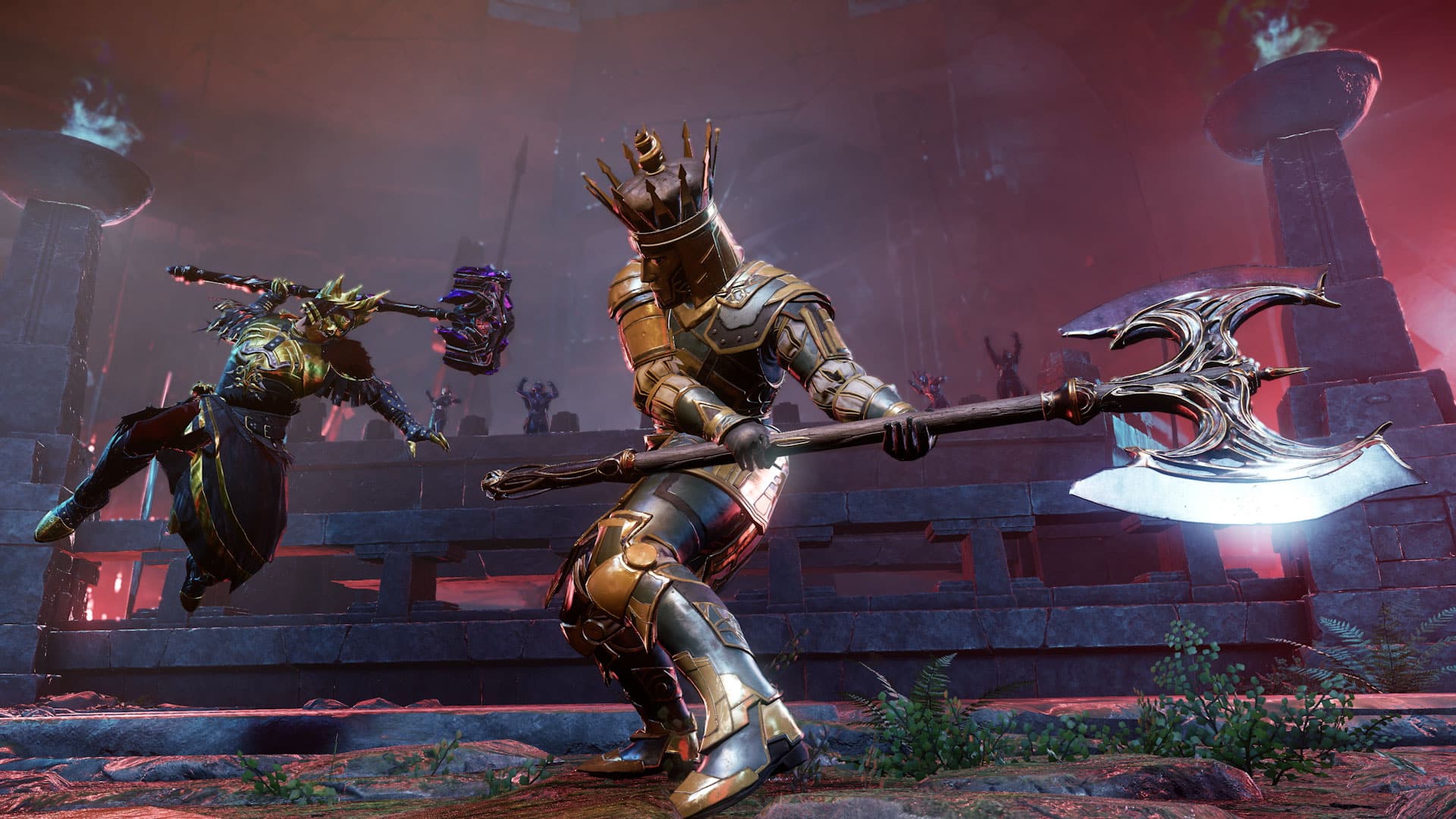 New World PvP arenas are a small scale 3v3 PvP game mode. In order to participate in a 3v3 PvP arena you can press ESC and choose modes from the menu bar. From there you can queue up for the arena.

Players level 20 and above can queue up for the arena. If you need a brief introduction to what the Arena is, you can speak to the fight promoter Maximus Marcellus in Everfall.

When you queue for an arena you will be placed into groups within your level range. For example, if you queue at level 20 you will be group with levels 20-30. You will not be grouped with level 60 players.

You are capped at running a maximum of 40 arena matches a day in order to receive the full rewards. After 40 matches in 24 hours you will receive 25% of the original PvP salt and rewards.

Participating in New World PvP arenas will reward you with PvP reward track experience, azoth salt, and garnet gypsum. You can earn 2 garnet gypsum per day from arenas.

Consumables in the Arena

You can take your own consumables into the arena. They are not consumed upon use. This will allow you to use them while in the arena without worrying about the cost associated with the item. You will be able to utilize items like split-stat attribute food, potions, honing stones, etc.

Passive ability perks are not applied to any player who has died in an arena match and in the Spectator area. The perks will start working again once the round is over and you respawn for the next round.