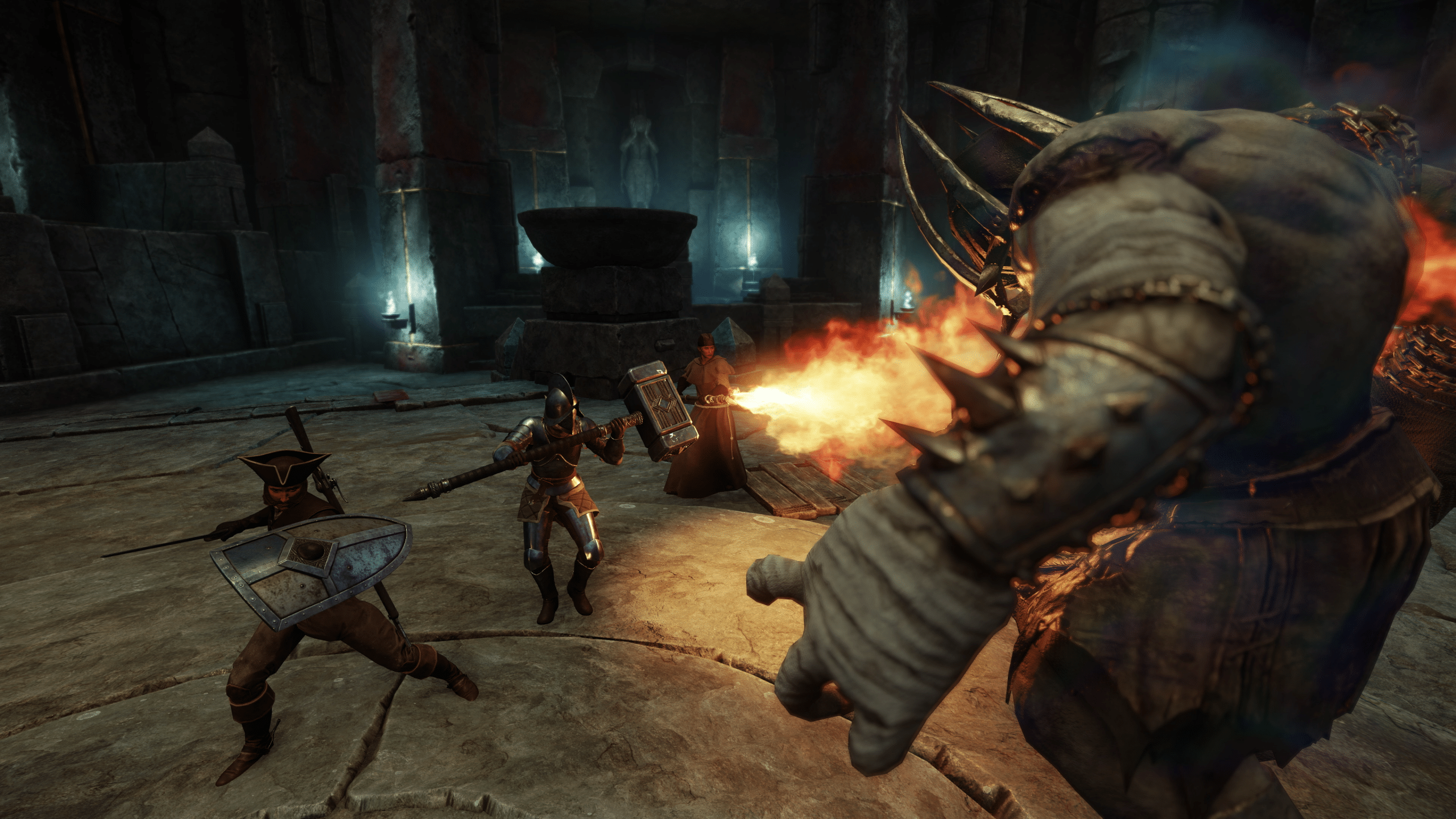 The Amrine Excavation is a 5-man instanced PVE activity, designed for explorers who have reached level 25. However, it’s optimal to begin this expedition at level 23. In our Amrine Excavation Expedition Guide well cover the enemies you’ll face, Drops you’ll Earn, and more!

While in an expedition you will not receive durability damage to your gear.

Types of Enemies in the Amrine Expedition

The Amrine Excavation Expedition contains only Lost mobs. They are weak to strike, ice, and nature damage and are resistant to both thrust and void damage. You can check the full list of strengths and weaknesses for all enemy types by checking our Damage Type vs Mob Type quick chart. Therefore, in order to push out maximum DPS it is recommended that you utilize weapons with strike, ice, and or nature damage, and stay away from thrust and void damage weapons and gems. You can also use Lost Coatings and Lost Ward Potions to dish out more damage and to mitigate additional damage from the Lost enemies.

Additional options to help you maximize damage output would be utilizing an Lost Combat Trophy and utilizing a weapon that includes the Lost Bane Perk. You can also utilize armor that includes the Lost Ward perk. Utilizing the Coatings, Ward Potions, Trophies, and Perks are not vital to completing the dungeon, but are options to help you min / max your DPS and resistances while in the Amrine Excavation Expedition.

How to Enter The Amrine Excavation

In order to enter the Amrine Excavation (like all New World Expeditions), someone in your party will need to be at the entrance to enter.

There is one repeatable quest for the Amrine Expedition called Bones for Barkimedes. You must be level 23 in order to accept the quest. You can obtain the quest from Barkimedes who sits just outside of the Amrine Entrance. The quest will have you collect 5 bones while in the Expedition. The bones come from Ravagers within the dungeon (mini-bosses) so make sure you pick them all up as you kill that enemy type.

You will also be able to obtain PvE faction missions from Windsward for this Expedition after reaching level 23.

Once inside, clear the Lost and work your way out of a mine shaft. Here, you will drop down off a ledge. Head to the right and take down the Withered Nest at the back right of the room.  It will continue to spawn lost until you do.  Next, Clear the room after a couple waves of Lost mobs and open the door in the center of the room.

Once through the door, clear the mobs to the lower left platform including a Lost Ravager.  Then head up the wooden ramp. Note the elevated stone platforms on the lower and upper platforms, you will use these later. Clear the Lost mobs on the upper platform (grab the lore page near the ramp that you came up on) then jump off the ledge ahead of you. There you will clear more Lost mobs, including another Lost Ravager. Down here, is the final (third) platform. Head through the door way in front of you.

While running through the next hallway you will spot a stone with Azoth Script located on it. Behind this is another Withered Nest. Destroy the spawner then use the Azoth Staff to translate this stone to get the expedition quest update.

You will then continue to head down the pathway towards Broken Vestibule, where you will see another Withered Nest. Destroy it and clear the rest of the Lost, then head into the next room where you will find a sphere statue with an Ancient Azoth Seal.

Clear the room then use the Azoth Staff to break the seal. This will open the exit to the room and spawn in some Poltergeist, lost mobs and two Withered nests. Clear the Poltergeist and the nest, then any remaining mobs, then head back to the puzzle room. In the hallway back to the you will reach your first respawn point.

Here is where the platform you saw before come into play. Three group members will need to each stand on a platform. This action forms the bridge to the next room and will spawn in more lost mobs including a Ravager and a Plaguegeist. Once cleared, head across the bridge to fight another Ravager and a few Lost.

In the hallway make sure to stop at Foreman Nakashimas toolbox and pick up the Hollowed Candle, you will need it to summon the first boss! Then head into the next room and start clearing the Lost mobs including a Plaguegeist and yet another Ravager. You are now ready to begin the First boss Fight. Place the Hallowed Candle on the Spectral Shrine to summon Foreman Nakshima.

Spectral Waves – Nakashima spawns Walls of Spectral images with gaps in them, players must be outside the waves or dodge into gaps to avoid damage.

Slow Circle – Nakashima targets a random player with a purple AOE that causes reduction in movement speed, leaving players vulnerable to Spectral Waves. If the player tries to leave the circle and touches the white edge, they will be stunned.

Once Nakashima is dead, collect your loot (and the lore page behind you) and head to the hallway to your right. There you will find – you guessed it – more Lost and another Withered Nest. Clear the room and move to the next respawn point and open the door (using the Azoth staff) to reach the final room in the expedition.

Simon Grey also continues to spawn in waves of three Lost Excavation workers.  These Workers can drink the Vomit of Simon Grey and become corrupted.

In order to defeat Simon Grey, the ads that he spawns should be taunted by tank, or burned down as quickly as possible by your DPS in order to prevent your healer from taking aggro. Once the ads are taken care of you should then focus all of the damage back on the boss. Continue this pattern until Simon Grey is defeated. Once defeated make sure you grab the chest next to the portal. The Expedition is then complete, and can then exit the Expedition via the portal.