Add our Discord bot to your server to get notified when we find new dev posts!

Hey! Thanks so much for the feedback! I know the team has heard a lot of feedback and asks for a better gear management system and are currently looking into ways to make this easier for our players.

I’ve been working out of the thread here (linking to my original response on this thread): Devs Please Optimize Armor Organization For Players - #9 by Luxendra but I’ll forward this over to them as well!


Perk DIVINE not working with Sacred Ground or Beacon

Noted and sent to the team, thank you!

Thank you for the report! I’ve gone ahead and sent it to the team. Glad to hear that restarting the game does resolve the issue though!

Thank you for the report and the screenshots! I’ve forwarded it to the team for further investigation.

I do see this report was submitted 3 days ago but wanted to make sure, are you still having trouble completing this quest?

website-news The January Update has graduated from the Public Test Realm and is releasing into the main New World game. This update includes a new end-game feature: Expedition Mutators!

We want to get one last stability test in in preparation for our January Monthly Release.

Thank you for your patience!

We like being a little weird sometimes. On my personal character I don’t run ice in Corrupted areas.

It should be gone now, sorry about that!

Thanks, I’ll pass it onto the team.

Yeah, they are - I slotted a diamond, so I was doing some good damage with ice. Fire was not the best, which is why I switched to musket.

Was just minding my own business, bopping them with some icey range - ranger danger I guess.

How to properly report bots in the forums?

Unfortunately, no one on the forums here has the ability to handle in-game moderation actions. You can report any bots you encounter in-game or through the Report a Player/Company website for the Game Moderation team.

By reporting a player/bot/company in-game, you provide the team with additional information like player name, region, server, time (specify the time zone please), which is invaluable to our teams. This lets the team investigate not only the individual, but also the telemetry the individual was causing on the server as well.

There is an off-game way to report bots and include links to videos and screenshots that you believe will help the team’s investigation in the link provided above.

Thank you for helping keep New World safe! We appreciate your help

Haven’t had a chance to check out Mutated Expeditions in the PTR? 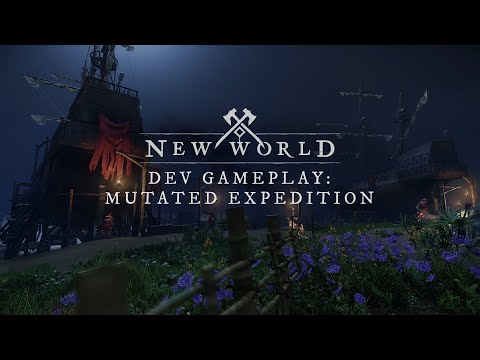 We are back online! Thank you for your patience and see you in Aeternum!

Only the orb craft cooldown is removed. For something like Outpost Rush, you’ll still be limited to the two Ruby Gypsum’s a day.

Thanks for the continued feedback everyone!

Would an Armory located in each starting Fort provide the same relief that you’re looking for?

Please note that this list is not all encompassing and is intended as an early look into a number of changes included within the most recent PTR build. This change list will be regularly updated, up through retail release of the game version.

To increase access to crafting Expedition Tuning Orbs we made the following materials able to be tradable which were previously bound to players: