This new take on Starstone Barrows includes a special appearance. Players will revisit parts of the Amrine Expedition and face both the intrepid Simon Grey and Foreman Nakashima. The Starstone Barrows Amrine mash-up is a mutated only expedition.

In this expedition guide, we will walk you through the drops you can earn, the bosses you’ll fight, and more!

Therefore, in order to push out maximum DPS and have maximum mitigation its recommended that you bring with you 2 sets of gear. One with ancient ward and ancient bane, and one with lost ward and lost bane.

It’s also recommended that you have both your lost and ancient combat trophies active, and have Infused Ancient and Infused Lost coatings on hand.

How to Enter the Expedition

In order to enter the mashup mutation expedition you will need to do so either through the Starstone Barrows entrance or via the expedition group finder.

The group finder can be accessed through the expedition entrance UI or from the map by clicking on the Expedition map icons.

There are not any repeatable quests for this expedition at this time.

The first set of enemies are ancient enemies. Make sure you are equipped properly with your ancient gear, coatings, etc. upon beginning the expedition.

Once you begin you will need to clear ancient enemy trash mobs much like the beginning of starstone barrows. Your first encounter will be a named mob, Centimas. He does not have any heavy mechanics. He does deal a decent amount of damage and has a few trash mobs around him. Once he’s defeated you will use your azoth staff on the door to progress.

Here you will encounter your first lasers. Do not get hit by the laser or you will die in impact. You will need to go left under the 3 horizontal lasers. There is a starmetal vein to the right if you need to obtain it.

After you make your way through the hallway you will encounter the laser jump puzzle just like in normal Starstone Barrows.

First you will need to turn left and drop off the ledge. Then continue south and avoid the beams!  You will keep going till you see the ledge of the platform. From here you will hug the ledge to the right and jump across the first gap. Once on the next platform climb up the wall to the right and take a left turn. You should see a bouncing beam ahead.

Kill him, then head up the wooden platform ahead onto the wooden walkway. Jump off the walkway and onto the stone platform below then SPRINT straight and jump over to the lower wood platform. Clear the adds below and then hug the wall around the corner to your right.

After turning left you will be able to reach the Arcane pool below. This will provide one player in your group with an Arcane Protection enchantment. Once picked up a shortcut will form between the platform and the beginning of the room. Whoever picked up the Arcane Protection can now stand between the arcane beams and open up a gap for members to go through. This mechanic will be several times throughout the Expedition. Use the Arcane Protection to move through the 3-beamed doorway to the south. This leads to the 2nd Respawn Shrine. Turn to the west and up the stairs to clear some more Ancient Mobs. Finally, get past the Arcane beam at the end of the hallway and enter The Amphitheater.

Once inside the Amphitheater, turn left to see a grand staircase with several Ancients. In this pack of mobs is an Elite mini-boss named Ioane. Ioane is wielding scimitar sword and has an exceptionally high amount of mobility. Kill Ioane and the mobs then move up the stairs and around the corner to the right (north).

You will see another pack of ancient mobs with another Elite mini-boss named Erine. Erine has an Ancient with a spear and a shield. Down these mobs, open the Ancient Azoth seal, and head into the Shattered Obelisk.

Once inside the Shattered Obelisk you will need to clear several trash mobs. Once you clear the trash mobs this is where the mashup part of the expedition begins. There will be bridge off the ledge to the south that will lead to the first boss fight, Simon Grey.

This is where you will want to switch gear sets. From this point you will be fighting Lost mobs for a little while.

Simon Grey also continues to spawn in waves of three Lost Excavation workers. These Workers can drink the Vomit of Simon Grey and become corrupted.

In order to defeat Simon Grey, the ads that he spawns should be taunted by tank, or burned down as quickly as possible by your DPS. If you do not kill the mobs in time Simon will gain a damage buff. Once the ads are taken care of you should then focus all of the damage back on the boss. Continue this pattern until Simon Grey is defeated.

After Simon is defeated you will continue clearing clearing lost mobs. Make sure you loot the small crate in the hallway as you progress. This will give you the candle needed to activate the next boss fight.

In order to spawn Foreman Nakashima you will need to activate the pillar in the middle of the room with the candle.

Spectral Waves – Nakashima spawns Walls of Spectral images with gaps in them, players must be outside the waves or dodge into gaps to avoid damage.

Slow Circle – Nakashima targets a random player with a purple AOE that causes reduction in movement speed, leaving players vulnerable to Spectral Waves. If the player tries to leave the circle and touches the white edge, they will be stunned.

After the boss is taken down a door will open to the west. You will continue to clear lost mobs and make your back into the Shattered Obelisk

Here you will encounter another named lost mob, Frozen Forrest.

Before you continue over the bridge make sure you switch your gear back to your ancient gear.

On the other side of the bridge is a named ancient, Sangarion.

After he’s taken out you will need to obtain the bubble to get through the lasers. From here you will go up the stairs and to the left side. You will activate the switch which will deactivate the lasers, and then head back down the stairs from where you came. Head right into the area of mobs. Here you will encounter another named, Safety Offer Richards.

Continue up the stairs to another named, Alectos the Relentless. This mob is much like the mini boss in Lazarus. The most notable mechanic he has is the one shot AoE mechanic. He will spin his staff above his head and then slam it on the ground sending out a shockwave that deals massive damage. You will need save you CC for this to knock him out of that ability. You can also dodge through the wave if you fail to CC.

After killing this boss make sure the party member that obtained the obelisk key interacts with the obelisk before proceeding. Then head down the stairs to the north.

You will continue to clear trash mobs until you reach the Antechamber. In the anti chamber you will encounter several ancient trash mobs, and one named lost enemy, Burnt Becca. It’s advised that you just keep your ancient gear on to burn down the trash mobs quickly and then focus down the named.

From here you can open the door to the final boss fight.

His first phase is simple.  DPS Greundgul and clear Gruendgul’s Bones as he spawns them in. You will always clear the bone first, then the adds they spawn in. Once you Kill Greundgul, his second phase begins.

Gruendgul will now start leaping around the room, creating a shockwave from where he lands, creating a massive AOE shockwave. If you stack on top of each other he will leap down in the same spot each time. Just make sure to dodge the shockwave and then continue to DPS. After several leaps he will then stop leaping and spawn in 2 Bones. Kill the bones first and then the adds. Gruendgul will then go back to the Leaping phase. Rinse and repeat and you have completed the Starstone Barrows Amrine Mashup. 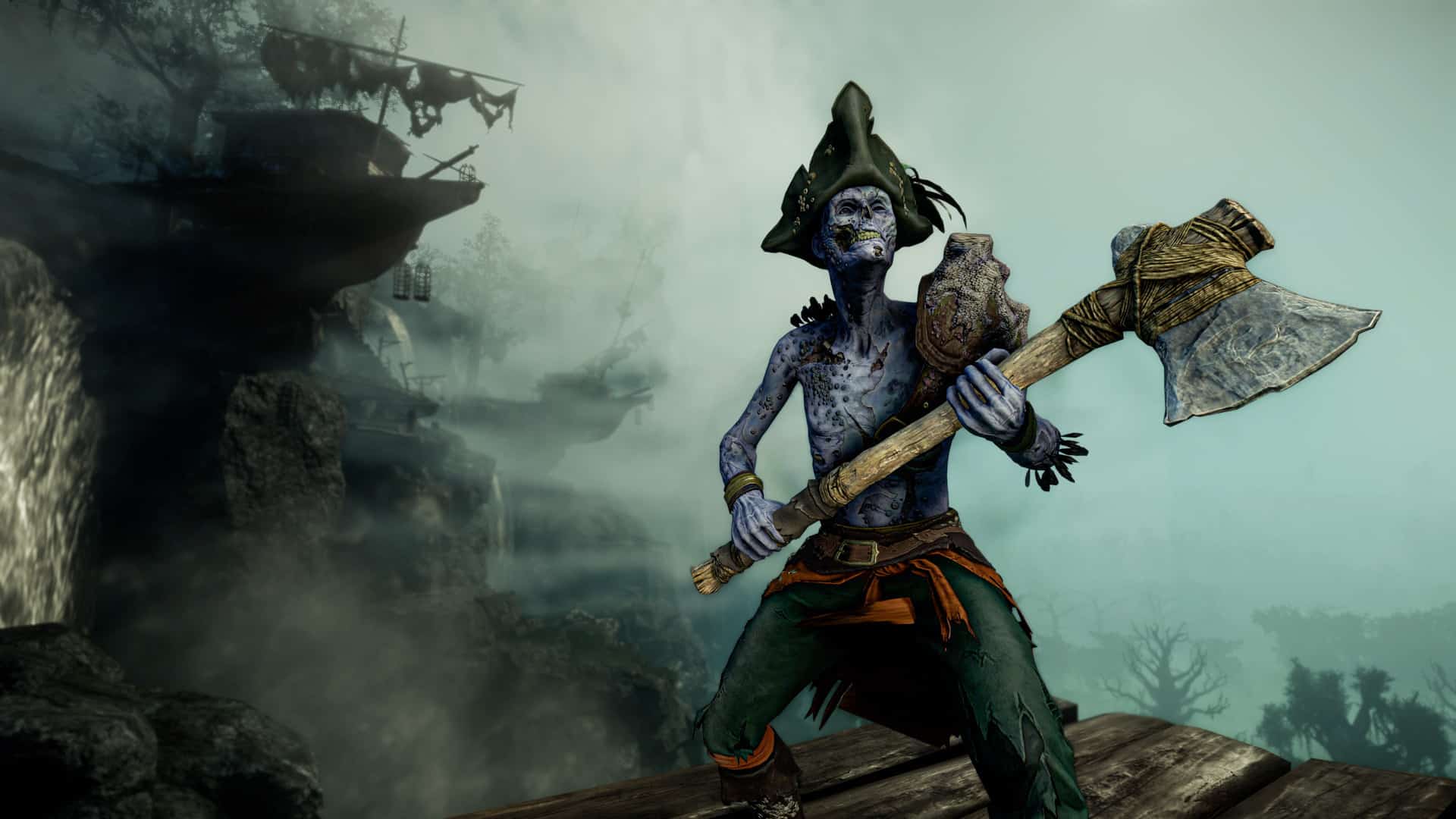 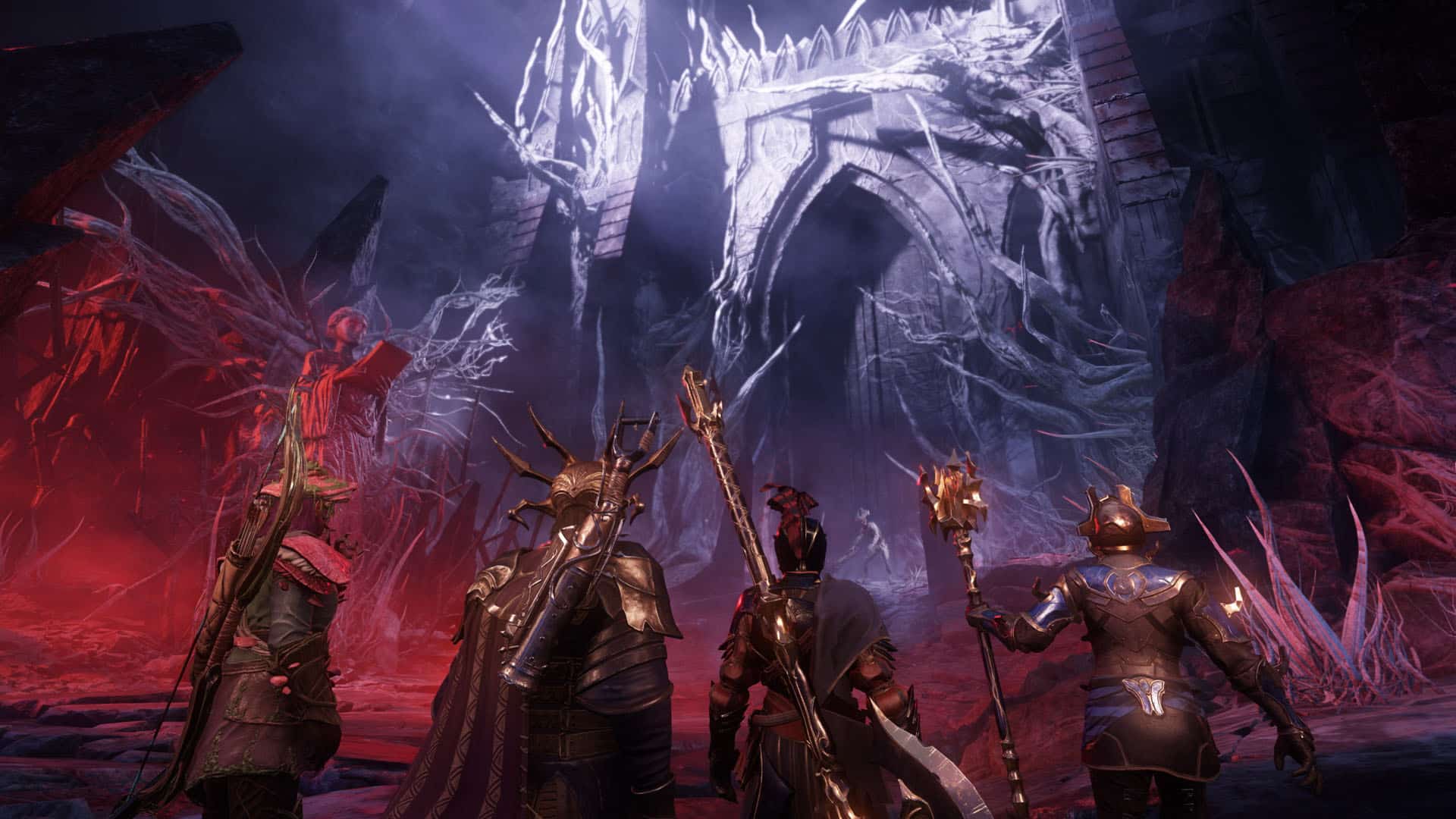