The Spear Rapier build excels in 1V1 and 1VX PVP. This is a Flank Build with a role in Arena, OPR, and Wars.

There are two spear setups for this build. One that uses Javelin and one that uses Sweep.

Spear Mastery Tree is set up to stun lock opponents, and deal large amounts of damage before they can respond.

Sweep is a knockdown ability that upgrades to Coupe De Grace. Coupe De Grace allows you to follow up on the knockdown and take advantage of the “Merciless Strength” passive in the Zoner Tree. Vault Kick is a Stun that carries you in a forward lung. Perforate is your main DPS ability used to rend the target and do large amounts of damage. Finally, the rest of your spear mastery tree will help you deal large amounts of damage with your light attacks and abilities, as well as reduce the cooldowns to your abilities

The difference between the builds lies in Javelin. Javelin is a Ranged knockdown that can apply a Rend with the Sundering Javelin Perk. Look above for the changes to the spear Mastery Points.

Your Rapier Tree is set up to provide elite mobility and defensive ability. Evade is a quick dash that restores stamina after use. You can use Evade to move towards a kill or get out of bad situations. Fleche can be used to close the gap and finish a kill and escape until your cooldowns are back up. Riposte is a defensive ability that can help you get out of bad situations with ease

The Attribute distribution for the Spear Rapier PVP build is 50 STR, 300 DEX, 150 CON. This Attribute spread gives you access to 10% increase to light and heavy attack damage with 50 STR. This will also help scale up the damage of your spear.

300 DEX gives you access to some elite threshold perks. The 150 DEX perk will reduce the cost of your dodge by 10 Stamina. Combining this with light armor gives this build elite mobility. The rest of the Dex perks increase your critical chance, critical damage, and overall damage output. will also greatly scale damage on the Spear and Rapier since it is the primary stat of both weapons.

150 CON will help boost your health pool since you’ll be in melee range. Also, you will also gain access to Crit Damage Resistance.

For this build, we will be in the light equip-weight category. In this equip weight category, you’ll gain access to elite mobility and 20% more damage. For example, the best way to obtain this equip load is with the following armor setups:

All of the Armor you will want for this build will be custom-made through crafting or bought from the Auction house. The armor perks are listed in order of importance from top to bottom. Start with armor with 2 perks and work your way up to three!

Crafted Weapons are also a must for this build. The Perks on the weapons are listed in order of importance, this time left to right.

The perks for each piece are in order of importance from right to left so you can prioritize obtaining them. The Champions Ring and Doom’s Chance are dropped.

In your Weapons, you’ll want to use the following gems:

For this build, you will be using the Brutal Heartrune of Grasping Vines . This adds even more CC to the build and applies a 20% rend to targets you root. You do receive a 50% stamina regeneration for 5 seconds after use, but this build has almost unlimited stamina at its disposal.

Consumables on this build are pretty Strait forward. You will want Infused potion on your bar (Health and Regen) and a Stack of Hearty Meals. When your Health pots are on cooldown, you should use an Infused Regeneration Potion and Hearty Meal together while kiting away to increase survivability and reduce time out of the fight.

Next, Tier V Honing Stones and Incense can also be used In Wars or other PVP situations. Finally, You can also use GemStone Dust to avoid spike damage in bad situations.

How to use the Spear Rapier PVP Build

The Spear Rapier PVP Build plays like a Rogue in most MMOs. The idea is to isolate targets, CC lock them, and burst them down with Perforate and the Spears Elite Damage.

Along with Damage, the spear has amazing cooldown reduction built into its tree. You will have your spear abilities up most of the time.

With this version of the build, you will use Vault Kick to set up a sweep with Coup de Grace. Ideally, you open with perforate to rend your target then land Vault kick, followed by Sweep. If your target is not dead after Coup de Grace, you can use a light attack or perforate to finish off your opponent.

First, use Javelin or Vault Kick to open up your attack window. Ideally, you will use Javelin to start the attack with the Rend from Rending Javelin. From here, use the other of the two abilities to extend the stun lock and set up the other Weapon Perk ability (Keen Vault Kick),

Next, use perforate to deal large amounts of damage to your target and stack max Rend on them. If they are not dead already, light attack with your Spear OR use Fleche with Interruption to finish them off.

That completes our Spear Rapier PVP Build. For another build that utilizes the elite damage of the spear, check out our Spear/Hatchet Build! 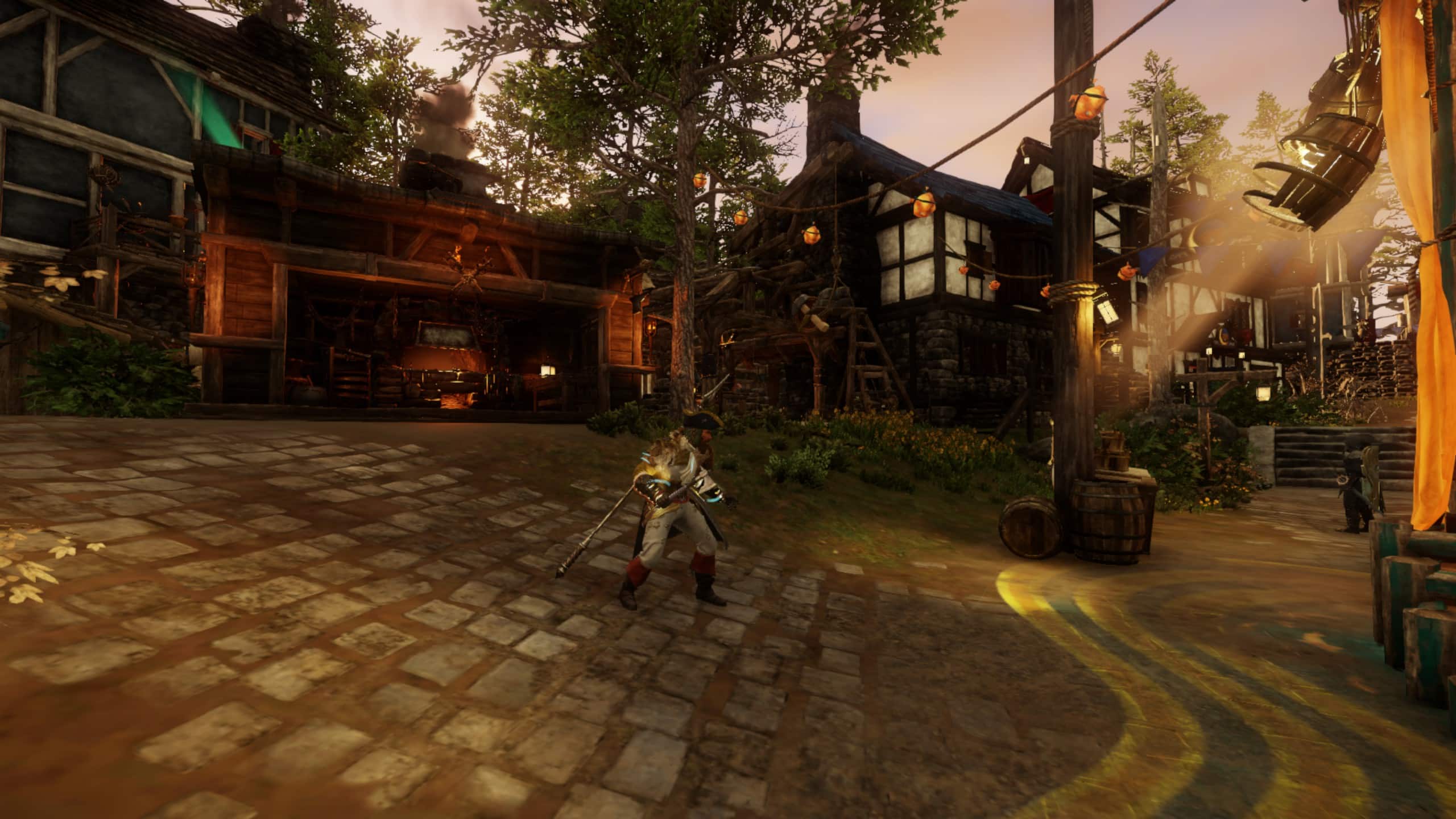