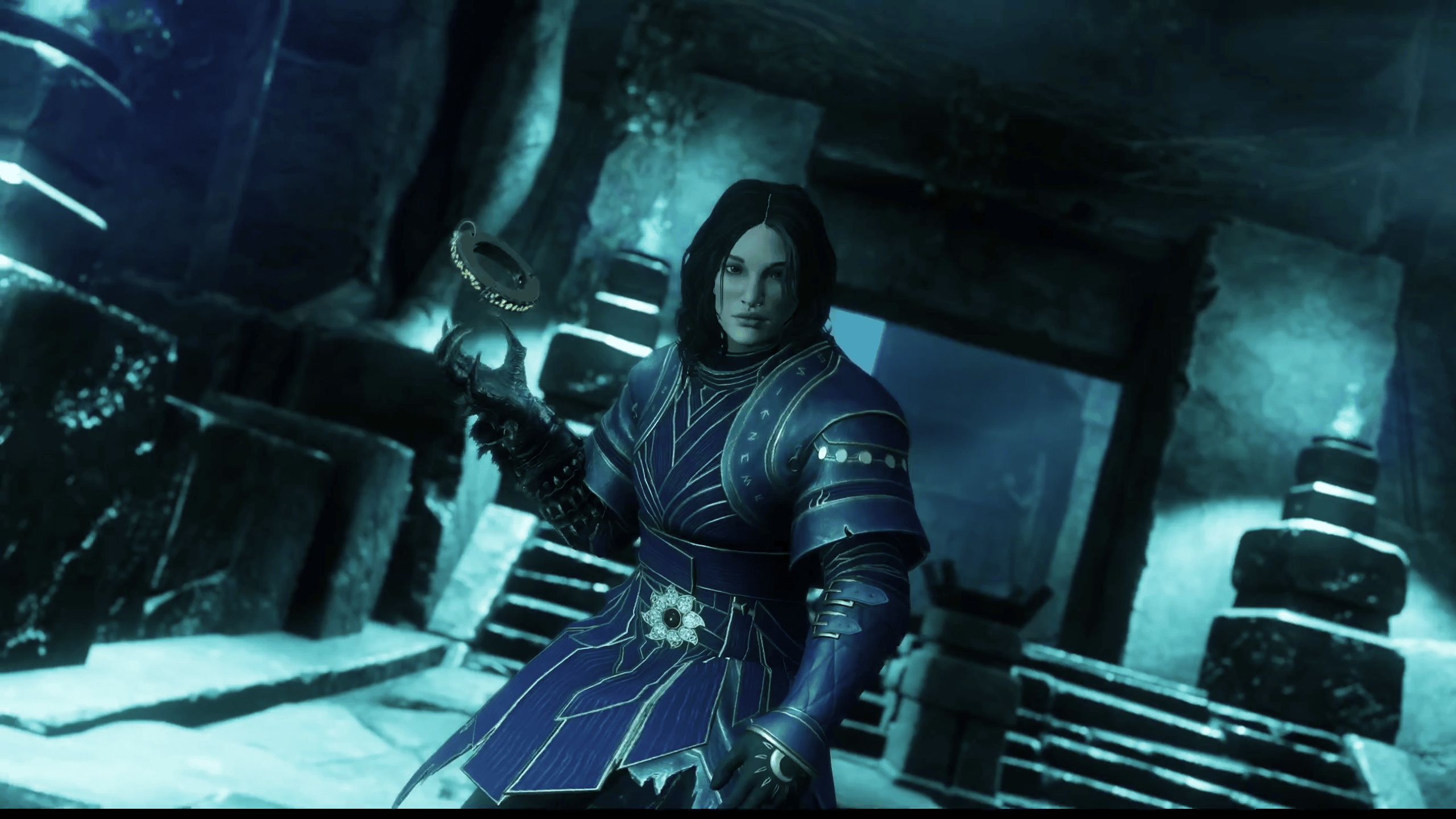 The New World Support Mage Build combines the Void Gauntlet and Ice Gauntlet to debuff enemies and lock them down for kills. In this guide, we will cover everything you need to know to use the Support Mage in New World’s PVP.

The Void Gauntlet has two of the strongest Utility Spells in the game: Petrifying Scream and Oblivion. Oblivion and Orb of Decay will be used to debuff targets to set up kills for your group. Petrifying Scream is used to root enemies in place. You’ll want to upgrade all 3 abilities.

The Rest of the passives you’ll choose involve crit chance and cooldown reductions.

Ice Shower is the key ability of the Ice Gauntlet and one of the best CC abilities in New World. Learning how to land Ice Shower on targets is key to setting up kills for your group. Ice Storm provides good AOE damage that can be used as zone control or pressure targets.

Entombed is the final active ability in the Ice Gauntlet Mastery tree. It is a Utility spell that can help you survive the pressure and minimize damage taken if used correctly.

The purpose of this build is to support your group and set up kills, not to deal damage. You will be getting into the fray and setting up kills in melee range for your team. 200 CON will give you a massive health pool and tons of perks that will help you survive in group fights.

For the Support Mage build, you will be in the Medium Equip Load. Next, There are two ways to obtain this equip load, while maximizing your resistance

All of the Armor you will want for this build will be custom-made through crafting or bought from the Auction house. Below is the ideal perk spread you will want across all of your armor pieces. They are listed in order of importance from top to bottom. Start with armor with 2 perks on it and work your way up to three!

Your Weapons for this build will need to be crafted. The Perks listed are in order of importance from left to right. The MOST important perk on these weapons are the ability perks (Putrefying Scream and Deadly Frost) so make sure that your gauntlets have these perks on them at a minimum. Having these perks on your weapons as opposed to your armor gives them increased effectiveness.

All of your jewelry will need to be custom-crafted. The perks for each piece are in order of importance from right to left so you can prioritize obtaining them

The types of gems you will depend upon the PVP meta. If in doubt, Oxyx in your armor is the best choice since physical damage is the most prevalent damage type in New World.

For this Build, You will place a Tier 2 Aquamarine in your Void Gauntlet and a Tier 5 Opal in your Ice Gauntlet.

Consumables on this build are pretty Strait forward. You will want one of each type of Infused potion on your bar (Health, Mana, and Regen) and a Stack of Hearty Meals. When your Health pots are on cooldown, you should use an Infused Regeneration Potion and Hearty Meal together while kiting away to increase survivability and reduce time out of the fight.

Tier V Honing Stones and Incense can also be used In Wars or other PVP situations. You can also use GemStone Dust to avoid spike damage when in bad situations.

How to use the New World Support Mage Build

The Support Mage Role is to set up kills for your teams. First, you will use Petrifying scream or Ice Shower to root the target in place. Next, Drop Oblivion and Weapon Swap to your Ice Gauntlet to apply Ice Shower. At this point, your target should have the following debuffs:

Not only will you be debuffing your enemy, but Diminishing Orb and Oblivion will be Stripping the Buffs that your enemy has on them as well.

The Strength of the Support Mage lies in how quickly they can create this “kill” window. With access to Refreshing Move, Deadly Frost, Void Gauntlet Passives, and the cooldown reduction from your gear (refreshing) you’ll be setting up your team’s next kill in no time!