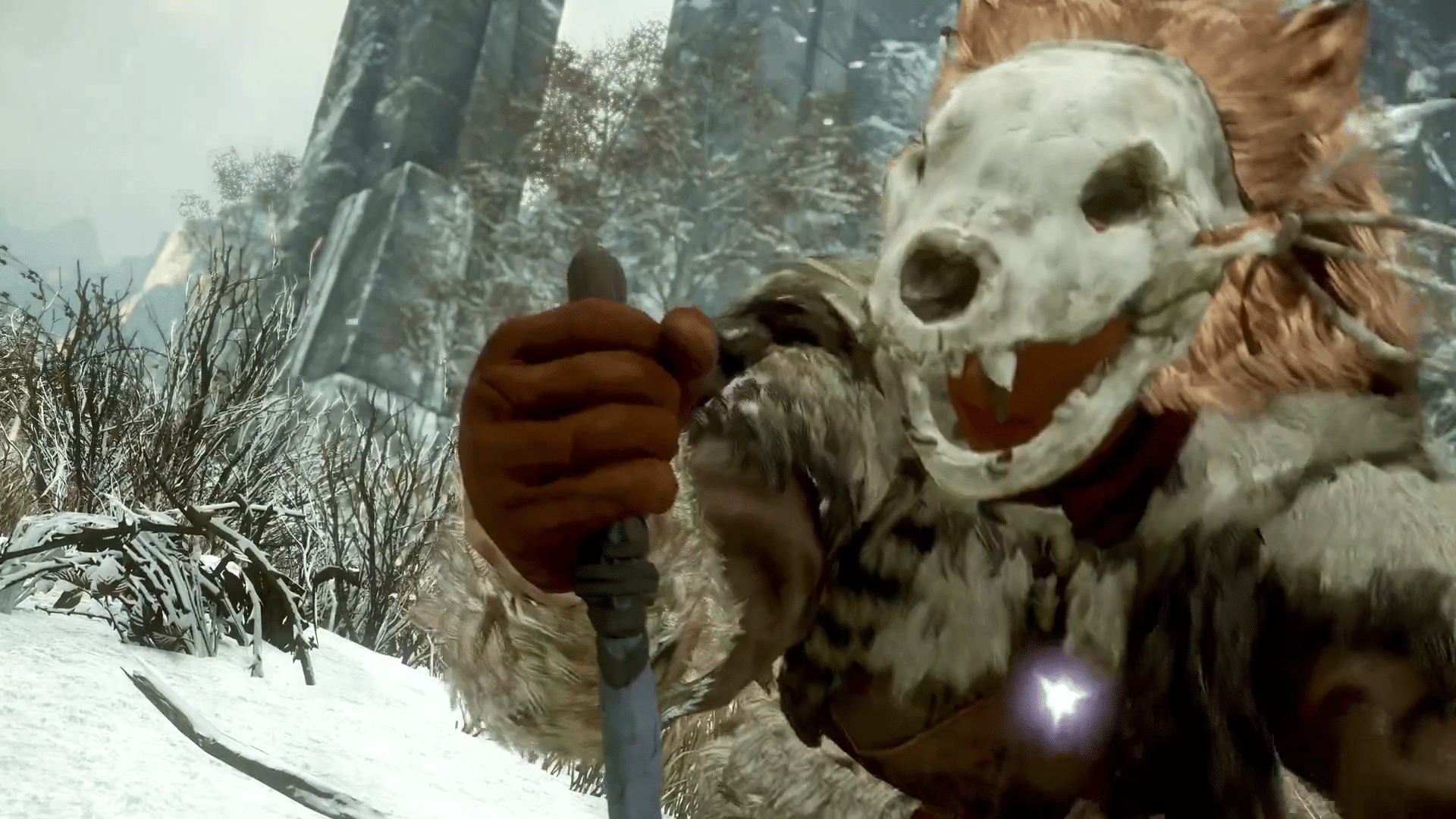 Skinning is a gathering Trade Skill in New World that allows players to gather raw hides and fur resources from Skinning animals that will be used in crafting Trade Skills; Amoring, Weaponsmithing, Arcana, and Engineering. It will also be used in the Leatherworking refining Trade Skills. We’ll cover all this and more in our New World Skinning Guide.

When first starting out you will need a Flint Skinning Knife to start skinning animals. This requires Engineering level 0 along with 1 Flint and 1 Green Wood to craft it. You are able to pick up both the Flint and Green Wood without the need of a gathering tool by walking up to the respective bush/flint and pressing your interact key (Default “E). Once all obtained a Tier 1 Camp Fire or Workshop is required to craft the Flint Skinning Knife. Once crafted you will need to equip it and you can start gathering!

Higher character levels are able to use better tiers of Skinning Knives:

It is advised to use the highest tier possible followed by the best gear score possible to best increase your gathering speed.

How to level Skinning

The information contained in this section will assist you in leveling your Skinning Trade Skill.  Leveling Skinning is a straightforward process. The general rule of thumb is if you can skin it you should for the experience. You will find people leave dead animals all over so between that and what you kill if you have the skill required to skin it then do.

In order to reach level 200 you will need a total of 194,309 experience. The best way to level up Skinning is to skin everything you see and kill. While you progress through the zones in level the animals will also require a higher skill to harvest. As you level up and gain more gathering speed this of course will change the ratios.

You will find the four starting areas will be where you will be skinning everything until roughly level 70 in skinning. Wolves will be the most abundant at the caves in each starting zone, most people will just kill what they need for their quests leaving the carcass for you to skin for the experience so this part shouldn’t take too long.

From level 70 and beyond you will be working with the various animals in the next higher zones in this case we could say Cutlass Keys. There you would want to look for Lushhunt Pointer, for example, a level 34 demon-dog type creature. If you skin the animals while questing in the areas you will easily fill your bags between quests to make the trips back to town worthwhile.

There is an experience perk that you will want to seek out on your Knife called Tanner’s Discipline. This perk increases your Skinning experience based on the gear score value of the Knife. The perk is limited to only knives. Having this perk is a must if you are trying to power level Skinning. At level 200 its great to have for pushing Aptitude Levels.

Dexterity 200 points is ideal while leveling. Having 200 points will give you 20% Skinning speed and a 10% weight reduction to skinned items. The 250 point bonus (10% Yield) doesn’t help leveling at all. If you happen to have 100 extra points to spend afterwards you can put 100 into Strength for the 20 encumbrance or 100 into constitution for the 50/100 bonuses of 20% longer lasting food and 10% reduction on durability loss on tools.

Along with the above resources you will get various meats and special resources from the animals you skin. For example you will get feathers from skinning a Turkey.

Buffs and perks are the 2 main ways to enhance your Skinning.

Perks are limited to item type and only being able to have 1 type of perk on the item. For example an amulet can’t have Reinforced Skinning Luck because that is an Armor Perk, but it can have 1 instance of Adored Skinning Luck since it is an Amulet Perk.

Buffs can stack if they come from different sources. For example I can stack yield increase buff from a Proficiency potion and territory control. If you attempt to stack buffs from the same source it will just refresh your buff timer.

There is a Skinner armor set that is ideal for players to use while Skinning as it should always come with Dexterity and Reinforced Skinning Luck. Players should encounter these items around level 19+ monsters as a rare drop and supply chests.

Each Perk has a related Crafting Mod that can be used in crafting to guarantee the perk in crafting and has been listed within Perk in the chance that you may want some armor crafted with the given perk.

You can check our Music guide for a full breakdown of the music trade skill.

TIP: When skinning larger animals you are more likely to yield more skins than skinning that of a smaller creature. This is why you see players hunter buffalos over wolves.

Luck is important for Skinning is because it will increase the odds of you obtaining a rare Skinning item and an increase to items gathered. There are some thresholds that must be reached in order to obtain the rare items. These thresholds can be obtained by just level Skinning, but can be reached sooner with the help of the resources.

A basic breakdown of the Skinning Experience table. Aptitude experience values can be found in our Aptitude guide. Character XP is the amount of experience your character earns when your Skinning level increases.

That completes our New World Skinning Guide. For all the locations of all the Animals that you can skin in New World, Check out our Interactive New World Map.