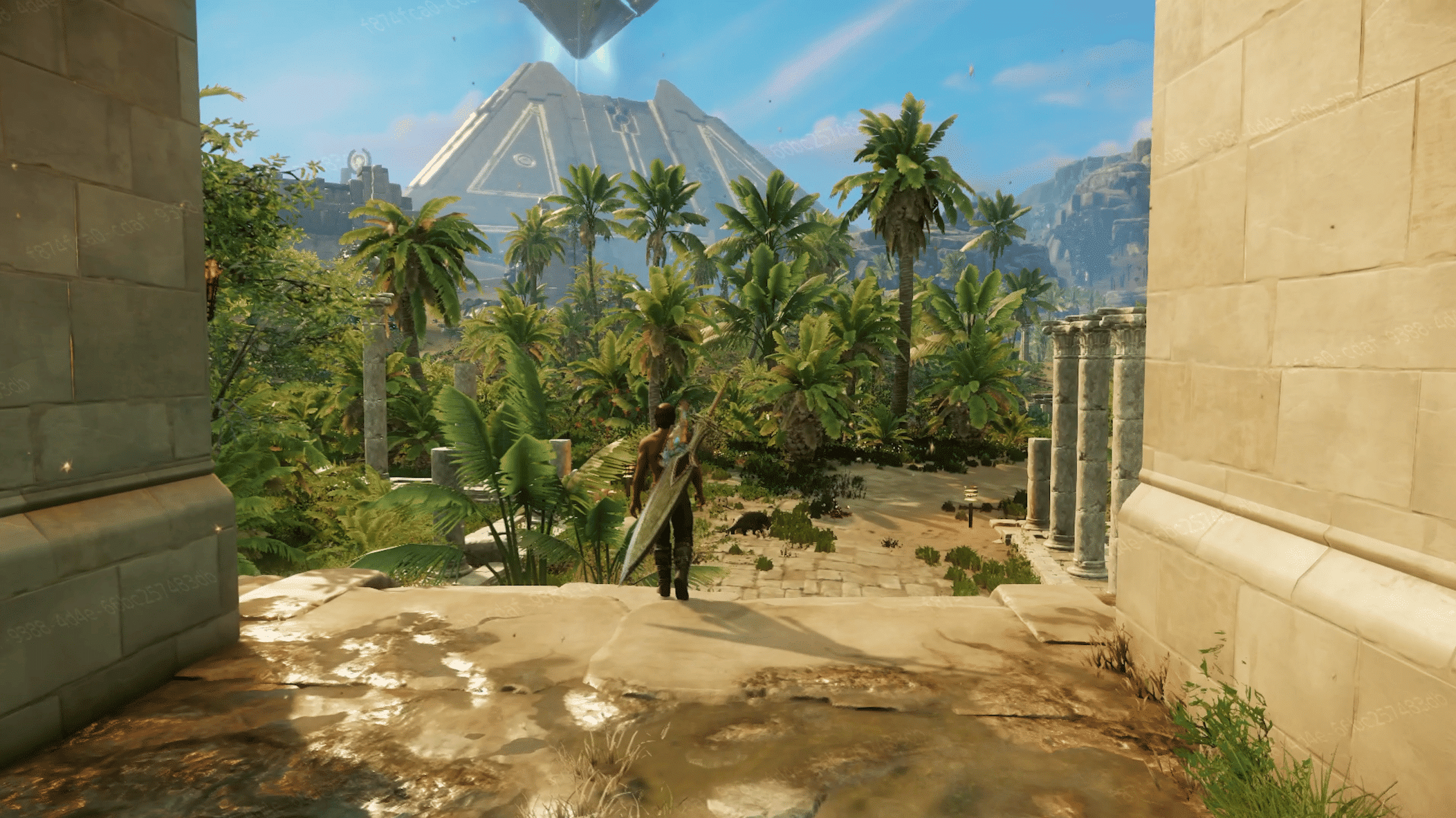 Danneh: New World has come a long way since launch, what are some of the biggest challenges you have faced as a team?

David: I think for us, we got a lot of feedback about the starting experience and that’s what were showing today is that you know when people first start the game, people want a directed experience so what we are trying to do is really guide players and we’ve also kinda sped up that initial storyline a little bit.

Danneh: What was the biggest change you’re proud of from launch until now?

David: From launch to now, Mutators is one of the things I’ve enjoyed a lot. Like end game, PVE. I think they bring a dynamic twist to expeditions, new challenges. You’re a PvP player, but you know the reward track and PvP arenas was a good push for us for the PVP players. One of the big changes for expeditions is the removal of the expedition orbs. For us, you know, loot has changed a ton since the launch. Now there are open world bosses with more named drops and the expeditions have unique drops.

How is New World Currently

Danneh: Are you, as a team, happy where the game is right now?

David: Brimstone Sands is the biggest update since launch. We’re getting very happy with the game, but a live game like this is never done. So we’re gonna continue adding (content).

Between adding new content, improving quality of life and fixing hundreds of bugs, so we’re pretty happy where the game is but there’s lots more we want to do.

Danneh: One of the biggest things everyone is always asking is why the “Game is Dead”. From a business point of view, is the game generating enough income to keep going with development?

David: We were very happy with the launch, it exceeded our expectations, and millions of people got a chance to experience Aeternum.

Some people have left the game but that’s natural, so generally, we are happy with the game and Brimstone Sands is our biggest investment yet.

We have more news coming in the future too so the game is still very healthy and were continuing to grow it and make it better over time!

Danneh: I know we can’t talk about it in this interview, but being a bit of a nerd, the cinematics and the feeling I got from seeing it kinda gave me butterflies and got me really excited, will we see more of these?

David: You know the story, having a narrative wrap is important and the world itself is so beautiful in itself and what were really trying to do is make the story as good and beautiful as the world its in.

Were adding concept cinematics, like the one after Tempest Heart, there is 3 of those cinematics spread throughout Brimstone Sands which hopefully people will enjoy seeing those and gives you more of a story!

Danneh: Wars are now instanced. My knowledge of how this works is limited. The way I see an instance is, I would see an arena and OPR is an instanced area, is that how wars are?

David: In essence its the same thing as wars, shown you enter a wars now you don’t go to that physical space, you go to a separate space.

The main reason we did that, is so the open world doesn’t get overloaded. By putting it in an instance we can ensure consistent performance of the war.

The other nice thing about that is that now its in an instance we have more control over it so its something we might leverage in the future.

Danneh: Are you happy with OPR, arenas etc?

David: In general, yes, especially OPR, its continued to be a favorite of players since its launch. We see great engagement.

Arenas I think especially after we make some tweaks to the rewards but that doesn’t mean were done.

You know, I saw a video on Reddit how we upgraded the walls and people jumped in, so there’s still bugs we need to fix. Siege weaponry is a little underpowered and there could be some interesting mechanics if we can get them played more.

Over time we’re going to expand those features, nothing I can say today but we are going to continue building on this.

Danneh: Something that’s dear to my heart, One of the big things for me is the wars and declaring wars. The open world combat is some of the best combat I’ve seen, all the different environments but at the moment declaring war is not as fun. Are there any plans to change or expand the war declaration system?

David: Yeah, there is and we’ve talked about this in general were not gonna be able to get into specific today.

But I think the influence race is one of the part were not so happy with and there is definitely room for improvement there and war is such a pinnacle part of the game we want to make sure the lead up to it is as fun as the war itself, so we’ve got work to do!

Its on our mind, and its definitely being discussed.

We’re happy with the interaction around FCP’s and we may borrow some of the faction control point ideas and use them for the influence race.

Danneh: One of the greatest parts of New World is the environment! Previous games I’ve enjoyed have open world dynamic bosses. Turkulon, is there plans to bring open world bosses to New world?

David: There are no open world bosses planned for Brimstone. As you venture around Brimstone you might get a glimpse of an enemy you might fight in the future, but that’s all I’ll say for now (edited)

Danneh: I really enjoy PvE as well as PvP, is there any plans to expand on the expeditions, something to allow more people?

Sort of giving each one a unique twist and vibe, what I like about The Ennead is that it has this sort of outdoor feeling as its inside this huge pyramid and this one has 3 bosses so one more big fight in this one!

Danneh: The current road map is coming to an end, what’s the vision for 2023?

David: In the near future, Scot will be updating the roadmap and we will get the next one, we are continuing to go all in on new world.

A bit of what we’ve done this year, a mix of bugs and performance types and you gotta keep chipping away at that stuff, adding a bunch of new content.

I love some of the seasonal events that have been happening and would expect more of them, more endgame content, and more expeditions.

I think the combination of new content and quality of life. Little things like when you go to the weapon mastery screen it shows your expertise next to it! The big announcement will happen when Scot is ready!

We hope you enjoyed this exclusive New World Interview with DannehTV and David.